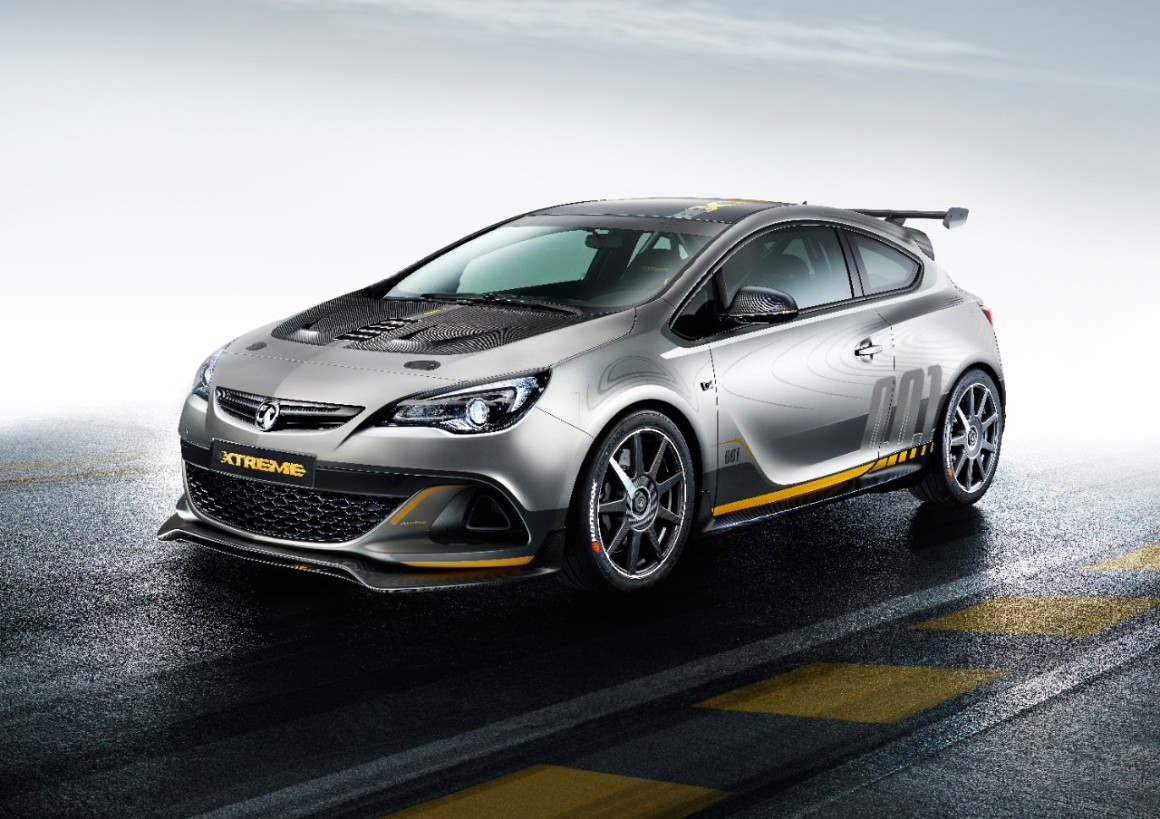 With over 300PS generated from its 2.0-litre turbo engine, the Astra VXR EXTREME will be the most powerful front-wheel drive Vauxhall ever when it’s unveiled at the Geneva Motor Show next month.

Derived from last year’s Astra Cup race car that competed in the Nürburgring Endurance Championship, the EXTREME is the lighter, more powerful street-legal race sibling to the current Astra VXR.

Shorn of 100kg, thanks to liberal use of high-quality carbon components, the EXTREME’s natural environment will be the race track. If public reaction is as positive as expected, Vauxhall plans a low-volume production run for the EXTREME.

With direct injection and variable camshaft phasing, the EXTREME’s 2.0-litre turbo petrol engine is the most powerful four-cylinder unit Vauxhall has ever produced. The all-aluminium engine is mated to six-speed manual gearbox transmitting power through a limited-slip differential.

The EXTREME is 100kg lighter than a standard Astra VXR thanks to its high-quality, carbon fibre components. This high-strength, ultra-light material is used for the aerodynamically-optimised rear wing, the diffuser, front spoiler, bonnet, suspension cross-bracing, engine cover, wheels, rear wheelhouse ventilation and roof.

Noticeably lowering the EXTREME’s centre of gravity is the in-house manufactured carbon fibre roof which weighs just 2.6kg, compared with a steel roof’s 9.3kg. The wings are made of aluminium and weigh only 800g a piece instead of 2.2kg in steel. Weight reduction in key areas greatly improves agility, overall handling and the car’s power-to-weight ratio.

Vauxhall has also given the EXTREME exceptional stopping power to match, with a Brembo six-piston brake system including 370mm diameter discs up front race car. Ultra high-performance, 245/35, 19-inch tyres, specially developed for the EXTREME, also play a key role and give almost as much grip as those on the race car. In addition, the damper is adjustable, just like in a real touring car racer.

Inside the EXTREME, the back seats have been taken out and a safety roll bar put in their place.  EXTREME also get s Recaro bucket seats, with six-point safety belts from Schroth and a carbon-fibre-reinforced, suede-covered steering wheel with fine yellow decorative stitching.

The Astra VXR is now the best-selling VXR and the UK remains the largest market in Europe for Vauxhall and Opel’s highest powered models.